4 Sermons On Worship Just Waiting to Be Preached 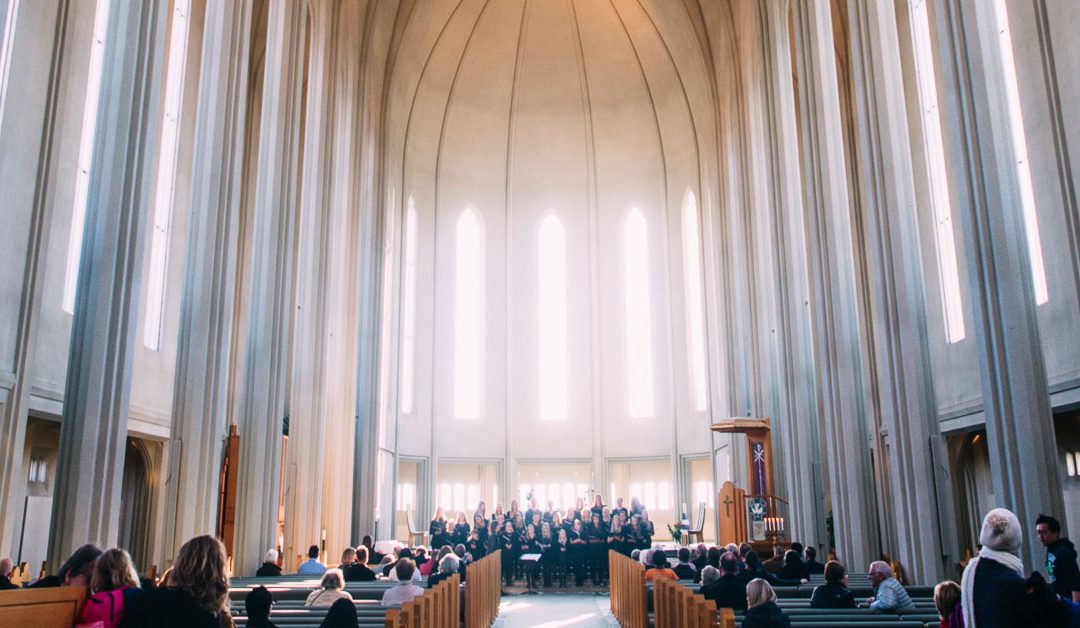 If you ask various Christians to define “worship,” you’re going to get a lot of different responses. Some might talk about the Old Testament model of temple sacrifice, and others might talk about singing songs in church. The truth is that we use the term “worship” to cover a wide spectrum of topics and ideas. There are literally thousands of sermon topics, sermon outlines, and sermon series that could be put together on this topic alone.

Worship shouldn’t just be limited to one week of the year where you have to share the Christmas story along with it to engage your congregation. Worship is done all year round, not just on holidays.

Because worship is such a theologically rich topic, with loads of Bible verses to back it up, we’ve compacted 4 powerful sermon ideas into this article for you to use as you please!

1. Worship is vertical and horizontal

Most people understand the vertical nature of worship. We lift God up because he deserves our praise for his goodness, mercy, and might. By praising God, we strengthen ourselves.

But corporate worship is important because it fortifies the church. When we’re exposed to the praise of others, our spirits are quickened and our own faith is reinforced.

David tells us that he hasn’t “concealed” God’s love and faithfulness from the congregation. How would he have concealed it? By keeping silent.

As we share our experiences with God’s faithfulness with each other, the entire church is edified. If you’re looking for preaching topic ideas, this one is great!

So David went and brought up the ark of God from the house of Obed-edom to the city of David with rejoicing. And when those who bore the ark of the Lord had gone six steps, he sacrificed an ox and a fattened animal.

And David danced before the Lord with all his might. And David was wearing a linen ephod. So David and all the house of Israel brought up the ark of the Lord with shouting and with the sound of the horn.—2 Samuel 6:12–15

As the ark of the Lord came into the city of David, Michal the daughter of Saul looked out of the window and saw King David leaping and dancing before the Lord, and she despised him in her heart.—2 Samuel 6:16

And David returned to bless his household. But Michal the daughter of Saul came out to meet David and said, “How the king of Israel honored himself today, uncovering himself today before the eyes of his servants’ female servants, as one of the vulgar fellows shamelessly uncovers himself!”

And David said to Michal, “It was before the Lord, who chose me above your father and above all his house, to appoint me as prince over Israel, the people of the Lord—and I will celebrate before the Lord. I will make myself yet more contemptible than this, and I will be abased in your eyes.—2 Samuel 6:20–22

The Ark, which represented God’s presence, was being brought back into Jerusalem. If there was ever a time of rejoicing, this was it. Israel’s King David had taken off his royal robes and was dancing before his people in the garb of a priest, leading the procession worshiping God with all of his might.

David’s wife, the daughter of Saul, was having none of it. In her eyes, David was making a spectacle of himself. The import of the moment was entirely lost on her. And like everyone who is committed to God in the abstract, she was only concerned about how things appeared.

When David returns, her greeting drips with the most obnoxious sarcasm. She attempts to shame him, and his response is epic, “It was before the Lord, who chose me above your father and above all his house, to appoint me as prince over Israel, the people of the Lord—and I will celebrate before the Lord. I will make myself yet more contemptible than this. . .”

The behavior of people who have a real, sincere relationship with God doesn’t always make much sense to others—and that’s OK. We can choose to maintain social respectability or we can choose to serve God with exuberant enthusiasm, but we often can’t do both.

3. Worship is a constant reality

“Holy, holy, holy, is the Lord God Almighty, who was and is and is to come!”

“Worthy are you, our Lord and God,
to receive glory and honor and power,
for you created all things,
and by your will they existed and were created.”—Revelation 4:5–11

In John’s revelation, we’re given a remarkable view of God’s throne room that we would never have otherwise. Around his throne, we witness majestic living creatures who praise God with the words: “Holy, holy, holy, is the Lord God Almighty, who was and is and is to come!”

What’s particularly noteworthy is John’s statement that this worship never ends. Day or night, they are bowing before the throne worshiping him. Since God doesn’t coerce his creation into worship, these beings praise God of their own volition. They’ve experienced God face-to-face, and they can’t stop choosing to worship him.

When we enter into worship, we’re taking part in a constant heavenly reality. One where Jesus Christ is lifted high forever.

4. Worship is about obedience

I appeal to you therefore, brothers, by the mercies of God, to present your bodies as a living sacrifice, holy and acceptable to God, which is your spiritual worship.—Romans 12:1

We’ve made the unfortunate mistake of calling the time we spend singing in church “worship.” Anyone can sing in church. We’re really “worshiping” when we’ve tuned into the Holy Spirit and are connected to Him. That is where true spiritual growth is found and where the kingdom of God becomes one with us. Every sacrifice we make to glorify and edify God is a true act of worship that really pleases him. When paired with the word, worship is a truly beautiful thing.

Do you have a great sermon that could be considered a sermon on worship? Share it with our readers in the comments so that we may all learn more about what true worship really is!