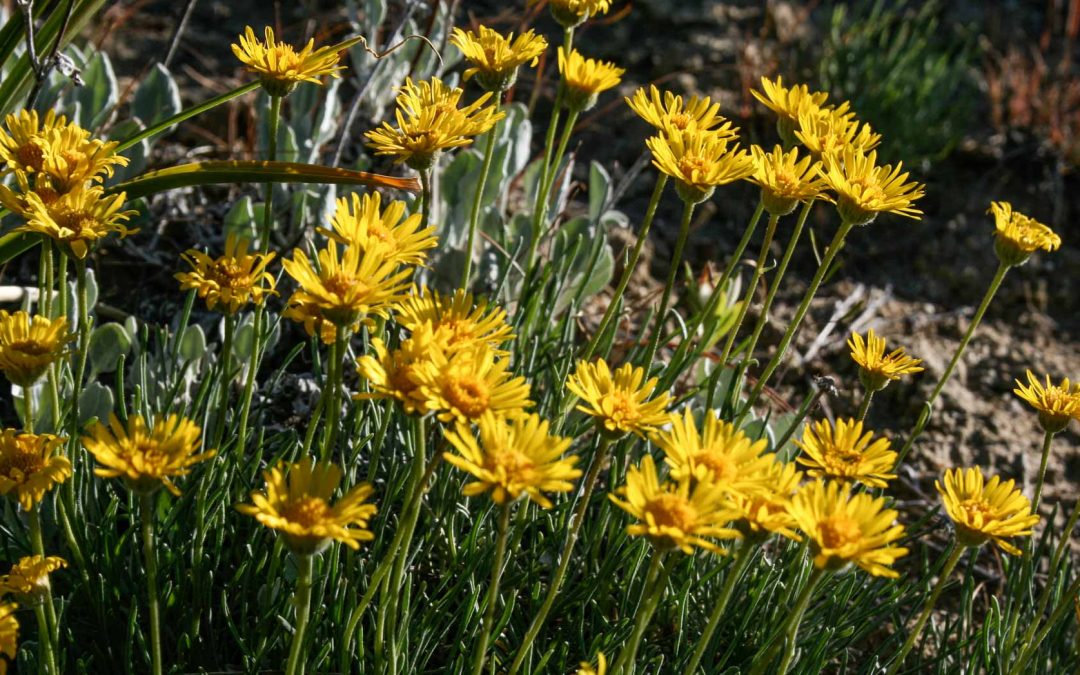 “Jesus said to her, “I am the resurrection and the life. Whoever believes in me, though he die, yet shall he live, and everyone who lives and believes in me shall never die. Do you believe this?”—John 11:25-26

Easter is the high point of the Christian year. By celebrating the resurrection of Jesus Christ, we commemorate the immense power of God and his victory over death. Everything Jesus claimed to be is validated the moment he walks out of that grave. And because of it, we’re empowered to live eternally—victoriously.

For a celebration of this caliber, you want Christian songs that are inspiring for your worship service. Here are 10 amazingly powerful Easter songs for church to use this holiday!

This popular Easter hymn from Charles Wesley has been a staple since the mid-18th century standing among other prolific hymn writers such as Isaac Watts and Johann Nehring. Its persuasive and anthemic nature has made it an enduring favorite.

The fact that Wesley wrote it in the present tense helps to unite modern Christians with their first-century brethren. When we sing “made like him, like him we rise,” we find our strength in the ever-present power of the resurrection and a hope that is always new. It’s amazing how worship can translate from sheet music of old, into powerful experiences today.

Soar we now where Christ hath led, Alleluia!
Foll’wing our exalted Head, Alleluia!
Made like Him, like Him we rise, Alleluia!
Ours the cross, the grave, the skies, Alleluia!

2. Because He Lives—Bill & Gloria Gaither

When Gloria Gaither talks about the origins of this song, she clearly remembers the difficult season that birthed it. It was the sixties and she was expecting her third child. Her husband, Bill was discouraged and exhausted after a bout with mononucleosis.

Sitting alone in a dark living room, Gloria was feeling fearful, sad, and tormented. Suddenly she felt a sense of calmness overtake her as God reminded her of how the resurrection was proof that she could trust him and be optimistic of the future.

Over forty years later, this song is still a potent reminder of our hope in Christ.

In the nineteenth chapter of Job, we find these compelling verses:

For I know that my Redeemer lives,
and at the last he will stand upon the earth.
And after my skin has been thus destroyed,
yet in my flesh I shall see God—Job 19:25–26

John Willison, from Vineyard Christian Fellowship in Evanston, IL, took these verses, added some lyrics, and wrote this moving chorus that was a big hit for Crystal Lewis. In the end, we can be assured that we will stand before our risen savior and join Him in eternal life.

Written by Reuben Morgan and Ben Fielding, “Mighty to Save” is a dynamic and inspirational song that builds towards an amazing chorus—and then takes it one notch higher in a repeated and powerful bridge.

Of the song, Ben Fielding says, “There’s nothing better than sitting down to write and having a thought from God’s word bubbling up and spilling out onto the page. ‘Mighty to Save’ comes straight from Zephaniah 3:17, God is with us, he delights in us, his heart is towards us.”

During a tour with Louie Giglio, Chris Tomlin was challenged to write a worship song for people struggling through times of grief. Tomlin latched onto the idea, knowing that the church needed more songs like “It Is Well” that could be sung during funerals and memorial services.

Out of this reflection, Tomlin wrote “I Will Rise.” And even though it turned out to be an effective song of hope in grief, it’s also an amazing reflection on the beauty of Easter.

I will rise when He calls my name
No more sorrow, no more pain
I will rise on eagles’ wings
Before my God, fall on my knees
And rise
I will rise

Download our free Tech Team Prayer Video for your worship software: We’ve created a short video that you can use to pray with your media team before services. It’s a great start to get in the right frame of mind for serving for your worship gatherings and super easy to add to your church presentation software. Download your FREE video today!

“Then I heard every creature in heaven and on earth and under the earth and on the sea, and all that is in them, saying: ‘To him who sits on the throne and to the Lamb, be praise and honor and glory and power, for ever and ever!”—Revelation 5:13

About this powerful song, Jobe says, “We wanted to write a song that would bring glory to Jesus and paint the picture of the crucifixion again. I know we have songs about that. In this scenario, it is about how our resurrected King has rendered the Enemy defeated. All glory and all honor and all praise to Jesus for coming to this earth and dying on the Cross for our sins, and raising to life, defeating death, the enemy and the grave.”

7. This is Amazing Grace—Phil Wickham

Phil Wickham wrote this song with some help from Jeremy Riddle. As Phil puts it, “The song is simply about the amazing grace and unfailing love that this God, this King of glory, this King above all kings, has shown to us. The verses are all about His majesty and what he has done, how he spoke the world into existence, how he brings order to our chaos, how he has made orphans and sinners his sons and daughters!”

Since its 2013 release, it has become an instant classic.

Combining lyrics by Anglican bishop Christopher Wordsworth and a bridge and melody by Jenny and Tyler Somers, See the Conqueror is a beautiful hymn-like song with substance.

Jenny explains how this song came to be: “We were in Maine for our anniversary and went to a used bookstore where we found a really awesome antique hymnal and took it home with us. I was just flipping through it and found that hymn. It’s from the 1800’s, so the majority of hymns in that book I had never heard before. And it’s always easier to give a hymn a new melody when you have no idea what the original one was. So I just sat down with it and started singing. We’ve always wanted a Resurrection song because we don’t feel like there are enough of them out there.”

They ended up with a glorious modern hymn that is commonly sung on Easter Sunday.

See, the Conqueror mounts in triumph; see the King in royal state,
Riding on the clouds, His chariot, to His heavenly palace gate.
Hark! the choirs of angel voices joyful alleluias sing,
And the portals high are lifted to receive their heavenly King.

Who is this that comes in glory, with the trump of jubilee?
Lord of battles, God of armies, He has gained the victory.
He Who on the cross did suffer, He Who from the grave arose,
He has vanquished sin and Satan, He by death has spoiled His foes.

They raced to the tomb, angels stood by;
Mary was weeping for the empty inside.
For the sins of the world, and for the sake of His bride,
He went to His death and behold He’s alive! He’s alive!
Oh, He is alive!

Thou has raised our human nature in the clouds to God’s right hand;
There we sit in heavenly places, there with Thee in glory stand:
Jesus reigns, adored by angels; man with God is on the throne;
Mighty Lord, in Thine ascension we by faith behold our own.

Released in 2016, David Crowder’s “My Victory” begins with an unflinching look at our condition:

Beginning a worship song with such an unflattering look at humanity might seem harsh, but it’s important to remember that heaven won’t be filled with people based on their merits.

From “My Victory”’s sobering opening, Crowder begins to lift our focus from ourselves to the cross and Christ’s defeat which was ultimately God’s victory.

Oh, your love bled for me
Oh, your blood in crimson streams
Oh, your death is hells defeat
A cross meant to kill is my victory

Behold the lamb of God
Who takes away our sin!

If you’re looking for an upbeat and celebratory song for Easter, you can go wrong with Passion’s “Remember.”

Songwriter Brett Younker was struck in his reading of Deuteronomy how Moses was calling Israel to remember all God had done for them. Younker was struck by how easy it is for us to forget who we are and how deep the Father loves us.

“If I can remember the empty grave,” Younker says, “everything is reframed by that. Heartache, loss, pain, struggle, all of those things are not greater than what Jesus has done when he rose from the grave.”

Just like Brett, we need reminders that Christ has risen, and because of this life is worth living, and hope is still alive.

Down in the valley, when waters rise
I’m still believing
Hope is alive
All through the struggle and darkest day
I’ll remember the empty grave

Bonus Song: Crown Him With Many Crowns – Michael W. Smith

Michael W. Smith is no stranger to writing worship songs that impact the masses, and this is no exception. It’s a great representation of what Jesus is to us… A King of Kings and a Lord of Lords. It conveys a powerful message and amazing imagery and could be a great song to use this coming Easter.

Crown Him with many crowns
The Lamb upon the throne
Hark How the heav’nly anthems drowns
All music but its own!
Awake, my soul And sing
Of Him Who died for thee
And hail Him as thy matchless King
Thru all eternity

Alan Jackson is an award-winning country music artist, and here he dips into his spiritual roots to deliver an emotional and powerful rendition of a classic hymn written by George Bennard.

What are your favorite Easter worship songs?

How do you think we did with our list of Easter songs (2021)? Take a moment and let us know which Easter songs are your favorite! We’d love to know!